The Geography of Innovation

America’s singular dominance of start-up and venture capital activity is being challenged by the rapid ascent of cities elsewhere. While the United States remains the clear global leader, the rest of the world is gaining ground at an accelerating rate. In a report published in October 2018, Richard Florida and Ian Hathaway study how the geography of start-ups and Innovation is changing.

While the U.S. continues to generate the largest amount of start-up and venture capital activity, its share of the global total has fallen significantly, from more than 95% in the mid 1990’s to a little more than half today. Among nations, China has gained the most ground, attracting nearly a quarter of global venture capital investment in recent years. 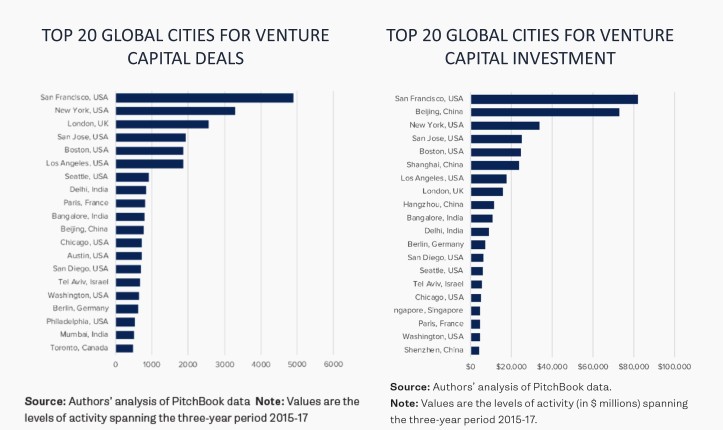 One of the biggest changes to the global venture capital landscape is the rise of large-scale, later-stage investments—so-called “mega deals”— of $500 million or more. These deals have grown significantly in recent years and tend to be concentrated in Chinese cities. 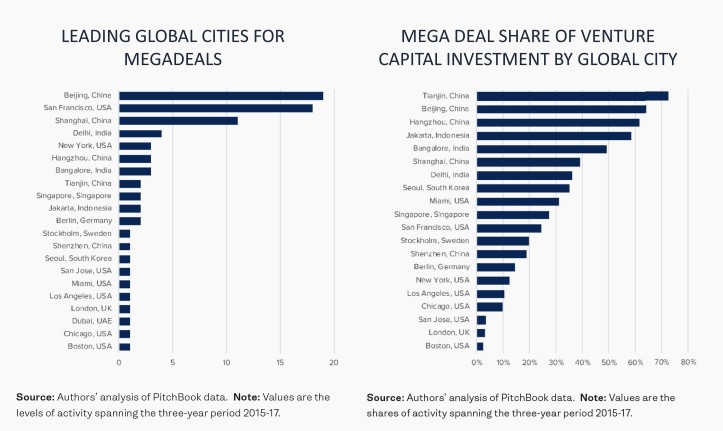 Barcelona is the only city in Spain which appears among the top 50 (in Tier 3), with 286 deals in the period 2015-2017, a 0.6% of global total. The next couple of tables summarise the Shape of Spanish Geography of Innovation.