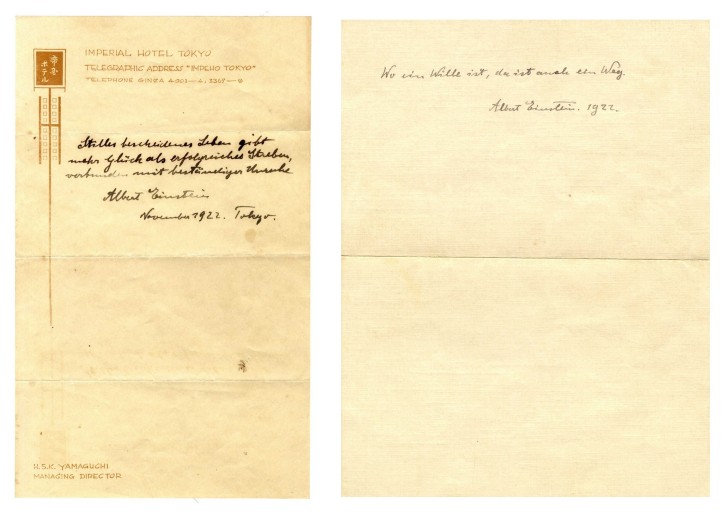 While you are trying to come to terms with ICOs, see how Einstein quietly invented the Initial Writing Offering (IWO) in 1922:

In October 1922, Albert Einstein took a trip to Japan to deliver a series of lectures. While travelling from Europe to Japan he was informed by telegram that he will be awarded the Nobel Prize of 1921. Einstein decided to continue his journey according to his original plan, and he was absent from the ceremony in Stockholm in December.

The news of the Nobel Prize winner’s arrival in Japan spread quickly, and when he arrived he found himself being welcomed by thousands of people flocking to see him.

He was impressed but also a little embarrassed by the publicity he received and while he was staying at the Imperial Hotel in Tokyo he tried to record his thoughts and feelings on paper. When a messenger came to his room to give him something, Einstein did not have a tip available, and he decided to make the most of his new exalted status and give the messenger two of his writings. When he gave him the articles he told the messenger to keep them, as their future value may be much higher than a standard tip.

Wo ein Wille ist, da ist auch ein Weg [Where there’s a will there’s a way]