Yes, we will (turn the world upside down)

For many decades we’ve enriched foreign industry at the expense of American industry, subsidized the armies of other countries while allowing for the very sad depletion of our military.

We’ve defended other nations’ borders while refusing to defend our own. And we’ve spent trillions and trillions of dollars overseas while America’s infrastructure has fallen into disrepair and decay.

Economic globalization was once viewed as the treasure cave found by Ali Baba in The Arabian Nights, but it has now become the Pandora’s box in the eyes of many (…)

There was a time when China also had doubts about economic globalization, (…)

Whether you like it or not, the global economy is the big ocean that you cannot escape from.

Last week, we had a (nearly) parallel couple of speeches by the leaders of the two largest world’s economies: Trump’s inauguration speech, and President Xi Jinping’s Davos speech. Both have a main part which builds on what both think they or their nations will (have to) do. Here I have reshuffled their we-wills following a completely idiosyncratic criterion. It would have been difficult to anticipate what you can read here, only a few months ago. 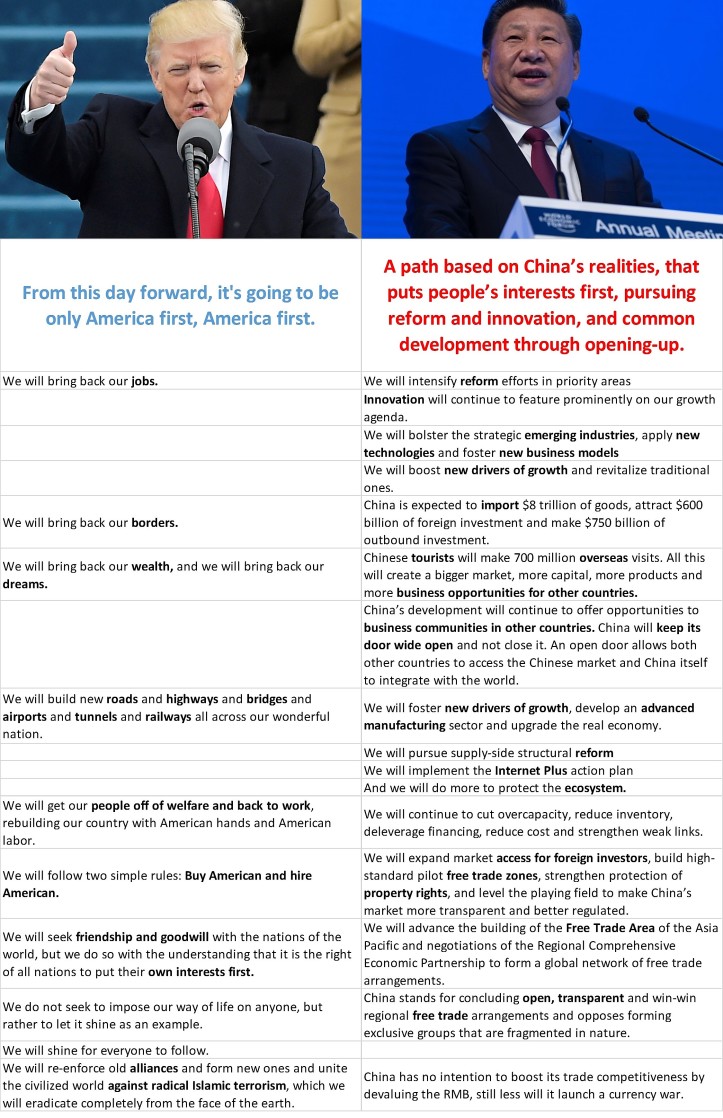