How reliable is our most reliable way of gaining knowledge? 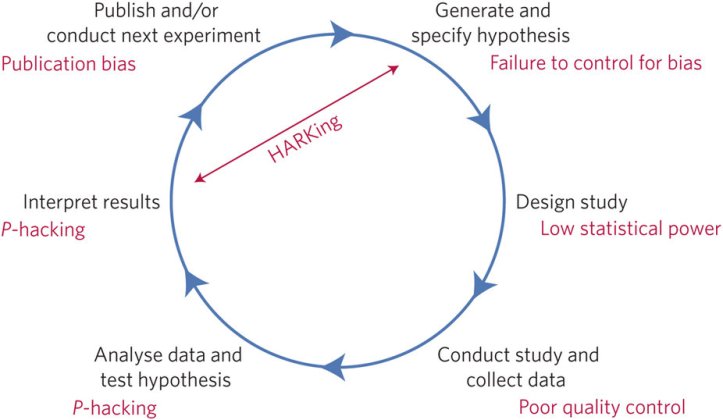 This year 2017 Edge Annual question was: What scientific term or concept ought to be more widely known? Like every year, there is delicious bunch of wildly interesting ideas discussed by the 207 contributors. Absolutely worth reading. However…

In the motivation to the question, on the occasion of Edge’s 20th anniversary, John Brockman, says:

Of all the scientific terms or concepts that ought to be more widely known to help to clarify and inspire science-minded thinking in the general culture, none are more important than “science” itself.

And what is science?

Science is nothing more nor less than the most reliable way of gaining knowledge about anything, whether it be the human spirit, the role of great figures in history, or the structure of DNA.

But how reliable is the most reliable way of gaining knowledge? In my humble opinion, this should have been one of the topics widely discussed this year. Surprisingly, it is not(*). Unfortunately the proportion of published research likely to be false is higher than is desirable.

Maybe John Broockman should have invited John Ioannidis to have a broader perspective about this key question. Ioannidis has been fighting for better research practices and, in particular, improving the “reproducibility” of scientific research, for years. His paper “Why Most Published Research Findings Are False”(1) has been the most downloaded technical papers from PLoS Medicine.

A major challenge for scientists is to be open to new and important insights while simultaneously avoiding being misled by our tendency to see structure in randomness. The combination of:

can easily lead us to false conclusions.

In a world where most of the relevant causal relationships have already been discovered, it is not difficult to see patterns where none exist. And with an ever-increasing capacity to experiment, any outrageously improbable thing is bound to happen.

The paper concludes with a quote by Richard Feynman: “The first principle is that you must not fool yourself – and you are the easiest person to fool.”

(*) There are a few scattered references here, here, and here, but methodology does not seem cool enough, after all.