How hard is to say “that is wrong”? 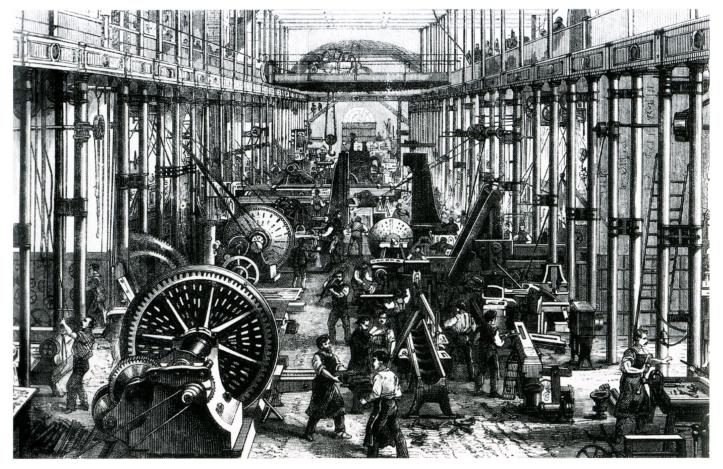 In a book published this week, “A Culture of Growth: The Origins of the Modern Economy,” economic historian Joel Mokyr delves into an often asked question: Why did the industrial revolution begin in Europe and not, for example, in China?

Much has been written about the industrial revolution, but the truth is that the ultimate reason why it took place at all remains a mystery. We do not know it for sure, otherwise we would not be discussing about such abstruse things like the productivity paradox or secular stagnation. If we fully understood the cause/s behind the industrial revolution, we would be able to say whether technological progress will continue apace or not.

Joel Mokyr is an optimist. His view about the future of technology can be simply summarised: maybe we ain’t seen nothing yet.

“Technology will continue to develop and change human life and society at a rate that may well dwarf even the dazzling developments of the twentieth century.”

Mokyr has studied the period 1500–1700 and his main insight is that a politically fragmented Europe fostered a competitive “market for ideas” and a willingness to investigate the secrets of nature. To have progress, you need a system that is competitive, not one dominated by a single power, as it happened in China for years (my emphasis).

I think that is the major difference. It isn’t just that China doesn’t have an Industrial Revolution, it doesn’t have a Galileo or a Newton or a Descartes, people who announced that everything people did before them was wrong. That’s hard to do in any society, but it was easier to do in Europe than China. The reason precisely is because Europe was fragmented, and so when somebody says something very novel and radical, if the government decides they are a heretic and threatens to prosecute them, they pack their suitcase and go across the border. (“Why the Industrial Revolution didn’t happen in China,” Ana Swanson)

China wanted stability and security, and Chinese culture achieved that for a long time. The Europeans did not want stability. They wanted progress. Just before the Industrial Revolution, learned people in Europe changed the agenda. They decided they should study nature to improve material welfare. Today, this sounds totally obvious. But it was not in the year 1600.

Now I have a simple question: do Europeans still want progress today or do we prefer stability? By the way, Mokyr’s theory can also be easily applied to understand corporate innovation… And if you look around, how many “learned” people can you see crying that all we’ve done before is wrong?