21 Technology Tipping Points To Occur By 2025 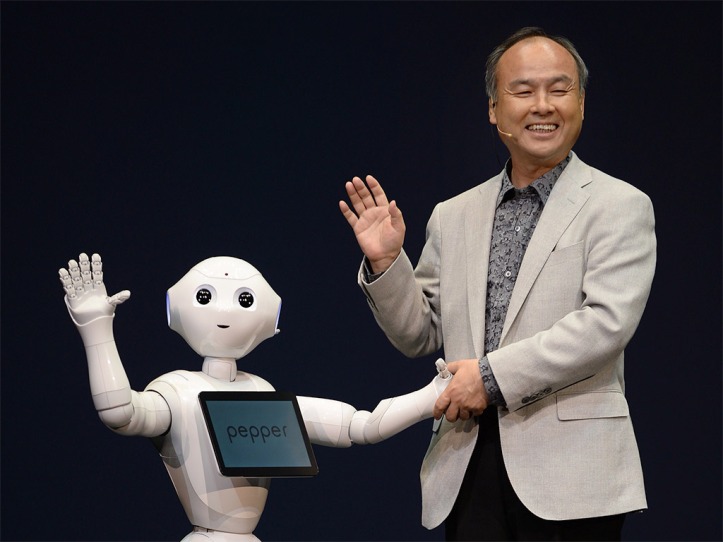 In March 2015, the Global Agenda Council on the Future of Software & Society launched the Technological Tipping Points survey. The survey asked respondents for their perception of when 21 “tipping points” would occur, offering date ranges from “it has already happened” to “20+ years”. The option of “never” was also available.

A total of 816 responses were received. The percentage of people who answered “10 years” or less for each tipping point was aggregated. The resulting overview of the expectations in 2025 are shown in the table. 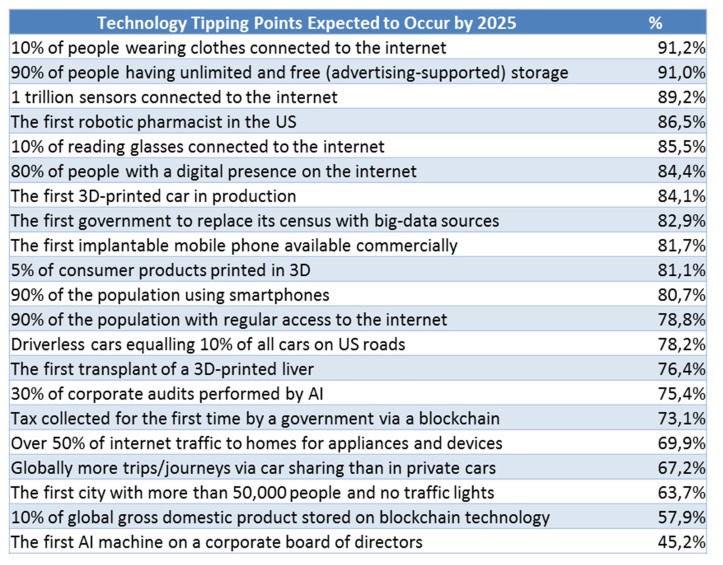 It is curious: McKinsey also thinks that activities consuming more than 20 percent of a CEO’s working time could be automated using current technologies. However, looking at the table, it seems that the boardroom is likely to resist the attack of AI until at least 2025.