Believing Is Not Loving

This chart will come as a shock to those taking for granted that religion has a causal positive association with moral behaviours. 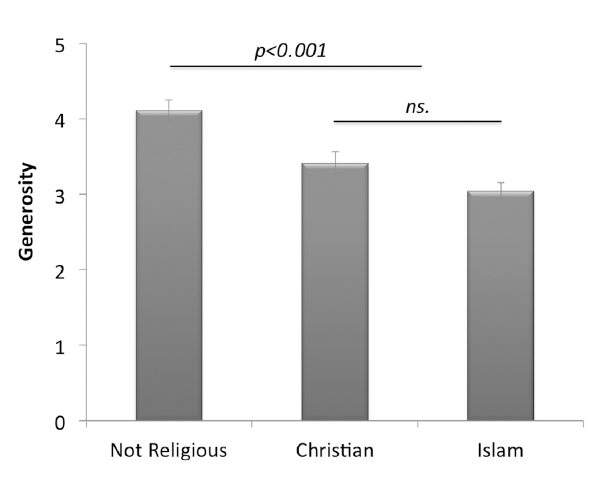 A paper(1) just published in Current Biology shows that, quite the contrary, children from non-religious households are more altruistic with an anonymous beneficiary than children from households identifying as either of the two major world religions—Christianity and Islam. This negative relation between religion and altruism changes across age, with those children with longer experience of religion in the household exhibiting the greatest negative relations.

Furthermore, religiosity affects children’s punitive tendencies when evaluating interpersonal harm. Research indicates that religiousness is directly related to increased intolerance for punitive attitudes toward interpersonal offenses, including the probability of supporting harsh penalties. Within Christianity, fundamentalists tend to be more punitive and advocate for harsher corrections than non-fundamentalists.