You Cannot Eat Your iPhone 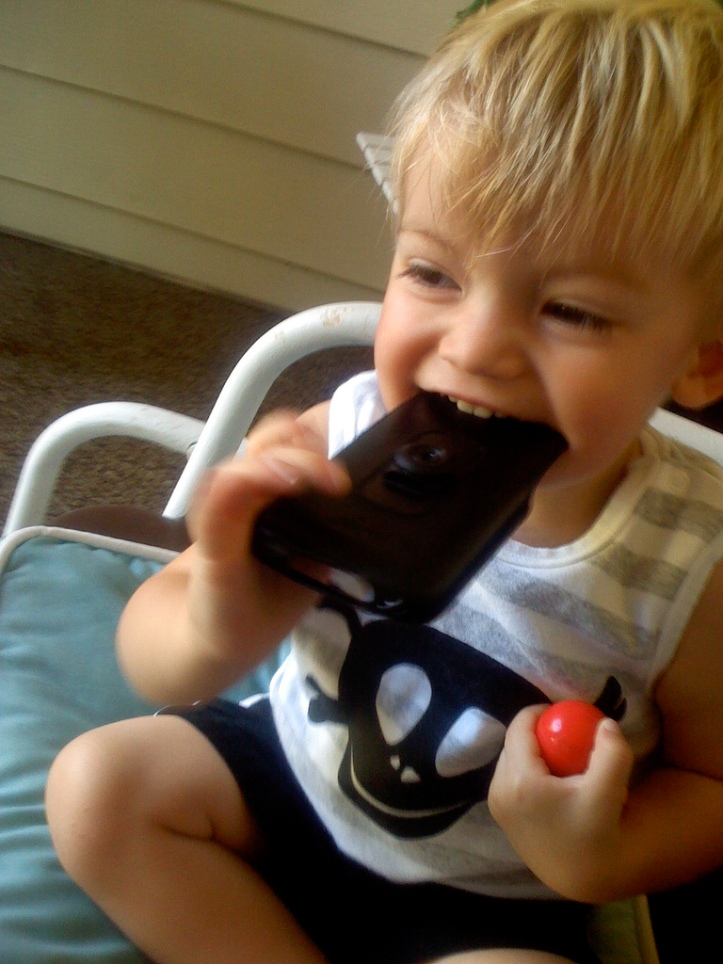 William D. Nordhaus shows in a working paper(1) this month that there is no economic evidence of an imminent “Singularity”.

For years, the acceleration of technological progress in computation and artificial intelligence has anticipated the advent of super human intelligence—computers or machines that would be much smarter than the best human brains in practically every field, including scientific creativity, general wisdom and social skills. Super intelligent machines would be also capable of recursive self-improvement (redesigning themselves) leading to an “intelligence explosion.”

The term “Singularity” was popularized by Vernor Vinge(2). He thought it would bring a wave of change comparable to the rise of human life on Earth. In fact, superintelligence would be the last invention humans would make, as Irving Good had suggested(3) previously in 1965. After the singularity, growth would accelerate sharply as an ever-accelerating pace of improvements would cascade through the economy, leading to a rapid development of a Kardashev Type I civilization.

Irving Good thought that the survival of man depends on the early construction of such an ultra-intelligent machine. However, many other realise that it is a delusion to think that we would be able to control machines that would be so much better than us. Superintelligence would render humans superfluous and, at best, we would become pets for a new breed of super intelligent lords.

I sympathize with the idea of a technological singularity, but I do not believe it will happen any time soon. (If I had to bet, I would say collapse is more probable than singularity, and hopefully less than a middle-ground uninspiring scenario.) So it is good to see that a renowned economist has put some dismal reasoning to this emotional debate.

Nordhaus argues that the economy doesn’t run on bits alone. “Consumers may love their iPhones, but they cannot eat the electronic output.”

Much like a tsunami approaching the coastline, if the singularity were actually near, some warning signs should be evident in the economy. The paper develops a growth model that features Singularity and presents several tests of whether we are rapidly approaching it. Tests suggest that the Singularity is not near: 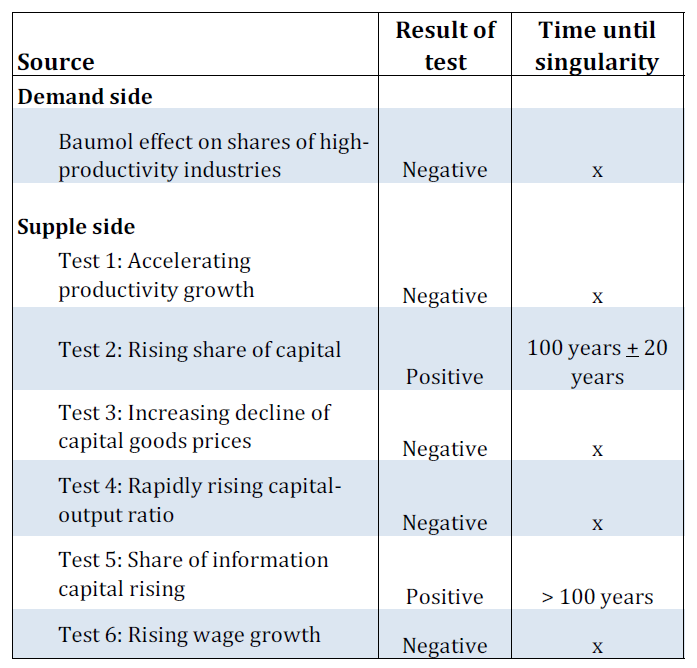 In case you are longing for an “artificial” master, this is bad news. Chances are that you will continue to serve a very human lord.

A surprising result of Nordhaus’ model concerns the impact of rapidly growing growth on wages. In a “Singularity” scenario, not only output, but wages grow also increasingly rapidly. Capital eventually gets virtually all the cake, but the crumbs left for labor—which are really small parts of the increasingly large mountains of cake—are still growing at a phenomenal rate.

This description sounds a lot like what we are witnessing in SV today. Those brilliant engineers might be digging their own graves, inside a cage festooned with gold, and without even knowing!

(1) Nordhaus, William D. ‘Are We Approaching an Economic Singularity? Information Technology and the Future of Economic Growth.’ National Bureau of Economic Research, 2015.

(2) Vinge, Vernor. ‘The Coming Technological Singularity: How to Survive in the Post-Human Era.’ Vision-21: Interdisciplinary Science and Engineering in the Era of Cyberspace, 1993, 11–22.