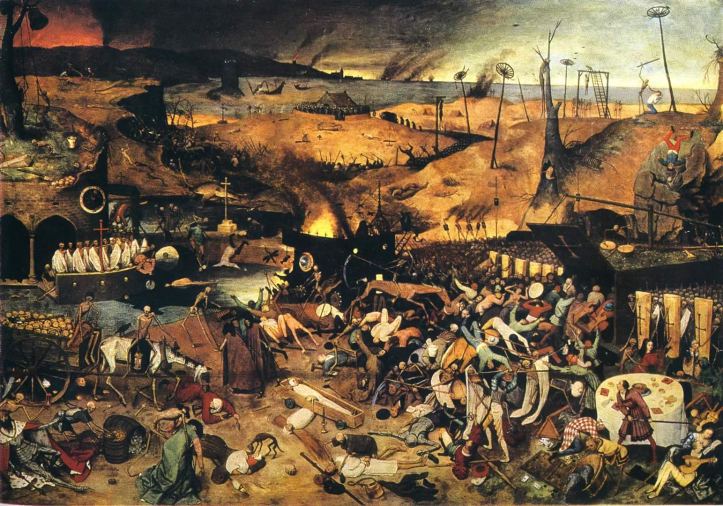 “economic history is overwhelmingly a story of economies that failed to produce a set of economic rules of the game that induce sustained economic growth.” (Douglass C. North)

Why do some countries’ economies provide increasing standards of living for everyone while others leave the vast majority of people in grinding poverty? Scholars have struggled for decades to find an answer to this simple question but we still don’t have a convincing one. A few weeks ago, a colleague of mine recommended me a book published in 2012 which delves into the question.

“Why Nations Fail” by Daron Acemoglu and James A. Robinson is a good read. The authors put forward a relatively simple theory based on two fundamental assumptions:

Acemoglu and Robinson provide an extensive catalogue of historical evidence showing that extractive institutions have been the norm in history. However they also show that some societies have managed to break the mould and transition toward inclusive institutions. The explanation for these transitions is historical, but not historically predetermined. Major institutional change, the requisite for major economic change, takes places as a result of the interaction between existing institutions and critical junctures. Critical junctures(3) are major events (like the Black Death, the French Revolution or the Glorious Revolution) that disrupt the existing political and economic balance.

In institutional analysis critical junctures are characterized by a situation in which the structural (that is, economic, cultural, ideological, organizational) influences on political action are significantly relaxed for a relatively short period, with two main consequences: the range of plausible choices open to powerful political actors expands substantially and the consequences of their decisions for the outcome of interest are potentially much more momentous. Contingency, in other words, becomes paramount. (Giovanni Capoccia and R. Daniel Kelemen, “The Study of Critical Junctures”)

The path of institutional change differ across societies because there is a continuous institutional drift. In the same way that genes of two isolated populations will drift apart slowly because of random mutations, two otherwise similar societies will also drift apart institutionally—albeit slowly. Conflict over income and power, and indirectly over institutions, is a constant in all societies. This conflict often has a contingent outcome that leads to institutional drift. Far from being a cumulative process, small differences will not necessarily become larger over time. However when a critical juncture arrive, those small differences may matter in leading otherwise quite similar societies to diverge radically.

The book has been acclaimed but also heavily criticised. On the one hand, the division between extractive and inclusive institutions is perhaps too simplistic, and the notion that “extractive” institutions fail and “inclusive” ones succeed might boil down to a mere tautology(4). On the other hand, the theory put forward by Acemoglu and Robinson offers little guidance to policy makers. The authors make it clear that we have very little control over the conditions that propel nations down a particular path. And if paths dependency is as critical as the authors suggest, it will be extremely difficult to get a nation to change course through the reform of its political institutions.

And that’s precisely the reason I have enjoyed the book. Acemoglu and Robinson unveil the dead hand of vested interests acting to stop change and innovation (one of my recurring themes), and they show that wealth creation is extremely elusive. There is no such thing as a proven path to success. The central role of institutional drift and critical junctures put the theory squarely in the camp of complexity and evolutionary theory. History is painted as a chaotic dynamical system highly sensitive to initial conditions—an effect popularly referred to as the butterfly effect. Furthermore and quite unfortunately, “inclusive institutions” states would be only a small subset (hopefully not a null set) in the “phase space” of historic development.

I don’t know if it is the influence of “Why Nations Fail” but it seems to me that there are a few butterflies flapping their delicate wings in the face of the elderly and haggard Europe. Maybe the time has come to go through our next critical juncture. In that case, I wish you the best of Bristish Luck, because Silicon Valley’s ‘Fail Often Fail Fast’ mantra does not seem to go along with governments and nations.

Featured Image: “The Triumph Of Death” by Pieter Bruegel The Elder. (Daron Acemoglu and James A. Robinson say the bubonic plague of the fourteenth century created a critical juncture. Pieter Bruegel’s painting appears in the central pages of the book.)