It Happened in November 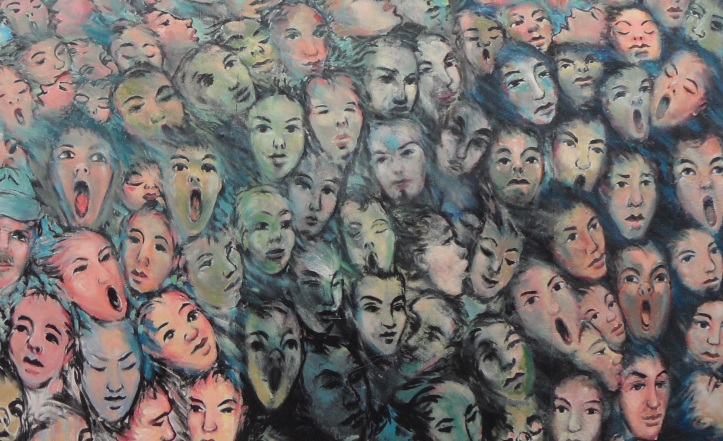 Twenty-five years ago, the Berlin Wall, one of the icons of the Cold War, came down. The Wall had been built by the German Democratic Republic (GDR) starting on 13 August 1961, and it completely cut off by land West Berlin from East Berlin and the surrounding East Germany. It was officially referred to as the “Anti-Fascist Protection Rampart” by GDR authorities, and popularly ridiculed as the “Wall of Shame”. Many people died trying to cross the wall, or as a result of the wall’s existence.

On 9 November 1989, after weeks of civil unrest, the East German government announced that all GDR citizens could visit West Germany. Crowds of East Germans crossed and climbed onto the wall, and they were joined by West Germans on the other side who came with tools to chip off souvenirs in a celebratory atmosphere.

The summer before the fall of the Wall, Francis Fukuyama had announced the triumph of liberal democracy and the arrival of a post-ideological world, in his influential essay ‘The End of History?’ published in the magazine The National Interest:

What we may be witnessing is not just the end of the Cold War, or the passing of a particular period of postwar history, but the end of history as such: that is, the end point of mankind’s ideological evolution and the universalization of Western liberal democracy as the final form of human government. (Francis Fukuyama, “The End of History?”)

The idea of an ‘end of history’ does not imply that nothing more will ever happen. Fukuyama was careful to stress that he was not meaning that or that there would be no countries left in the world that did not conform to the liberal democratic model. Nevertheless he was fundamentally wrong regarding the inevitable supremacy of liberal capitalist democracy. Twenty-five years later, liberal democracy is increasingly beset.

There’s a growing sense that liberalism isn’t delivering at home and that it’s not as popular as we think it ought to be in the developing world. (Timothy Stanley & Alesander Lee, “It’s Still Not the End of History”)

There are still plenty of walls still standing, and Gorbachev is even warning of the possibility of a new cold war:

… former Soviet president Mikhail Gorbachev warned that the world was “on the brink of a new cold war” and strongly criticised the west for having sown the seeds of the current crisis by mishandling the fallout from the collapse of the iron curtain.

“Instead of building new mechanisms and institutions of European security and pursuing a major demilitarisation of European politics … the west, and particularly the United States, declared victory in the cold war,” said the man behind the Soviet Union’s glasnost and perestroika reforms.

“Euphoria and triumphalism went to the heads of western leaders. Taking advantage of Russia’s weakening and the lack of a counterweight, they claimed monopoly leadership and domination in the world.” (TheGuardian, “As Berlin marks fall of wall, Gorbachev warns of new cold war”)

Instead of addressing the many challenges the post Berlin Wall World posed, there has been complacency in our political leaders for the last 25 precious years.

History seems alive and kicking. It is reassuring for example to see what’s happening in Spain, a country hit hard by the economic crisis which seems to have reached a situation reminiscent of East Berlin before the Fall of the Wall. After more than 25 years of what I can only describe as a “continuous and vast majority”—the strong bipartisanship of PP and PSOE— a new political force has popped up in the political scene. Like an overcooled liquid, the country seem to be suddenly and abruptly crystallising around the unexpected seed of the new party Podemos and with a little help from the ghosts of the past. (Also today, 9 November 2014, Catalonia is holding a non-binding and unconstitutional vote on independence.)

The fall of mainstream parties which for decades dominated national elections isn’t a phenomenon unique to Spain. However, the fact that people are completely fed up with the boring and corrupt politicians would not be enough to prove that history is finally resuming its march in search of new horizons. I think that we can still read Fukuyama’s “end of history” as a broader and fundamentally accurate diagnosis of the present: “We have reached the end point of mankind’s ideological evolution.” Full Stop.

We are still trying to make sense of the World with the very same ideas that the Greeks used to shape the World more than 2.500 years ago, or at best with a political tool-kit which dates back to the Age of Enlightenment. Some might point that this is not true, that we have continuous progress in science and technology. Fukuyama himself remarked in a later work:

there can be no end of history without an end of modern natural science and technology (Francis Fukuyama, “Our Posthuman Future”)

We have myriads of PhD’s in STEM trying to come up with the ultimate app to measure the number of steps we take, improve batteries for electric devices, or create a better anti-aging pill. But I cannot see a similar numbers of PhD’s in humanities trying to come up with a better way to coordinate action, or make decisions, or avoid conflict in the face of the difficult trade-off’s that we’ll need to make. We are ideologically in the doldrums.

When there are new ideas, they do not percolate through the social fabric. They are too complex to most of us, but in particular to politicians who are always looking for quick-wins and easy to shallow communication pills. This ever-widening gap between our technological progress and our lack of progress in “ideology” can only deepen the political paralysis.

I think that Fukuyama was fundamentally right in that, without new ideas, we are at the end of history. It might well be a hectic end of history which will look like the sad story of the hamster running forever in its wheel inside a cage.