Games with a Nobel End 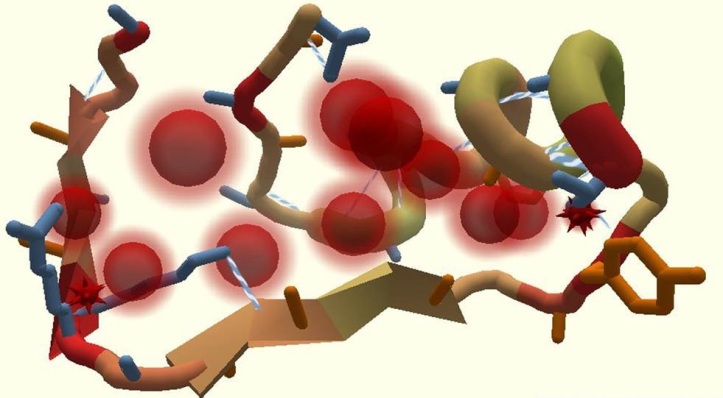 We are creating a massive virtual silo of cognitive effort, emotional energy, and collective attention lavished on game worlds instead of on the real world (Jane McGonigal, Reality is Broken)

However, games offer the enticing possibility of shifting part of that energy toward more altruistic causes —helping to cure cancer, for instance, instead of shooting zombies on-line  Researchers think that blending human and computer strengths through games —gamification— may be the best way to solve difficult problems(2) while channelling positive attitudes and collaboration, in a real world context. The key is the design of “Games With A Purpose” —GWAP—(3); games where people fill the gaps left by imperfect algorithms as a side effect of playing.

Many tasks are trivial for humans but continue to challenge computer programs, e.g. humans are still better than computers at general pattern recognition, like identifying a face or any other specific object in a photograph. Google Image Labeler was a feature, in the form of a game, of Google Image Search that allowed users to label random images to help improve the quality of Google’s image search results. It was on-line from 2006 to 2011.

In a similar vein, your effort to complete a CAPTCHA, may be helping Google to digitize books and newspapers. According to Google, about 200 million CAPTCHA’s are solved by humans around the world every day. In aggregate these little puzzles contribute more than 150,000 hours of work each day which help overcome the limitations of optical character recognition.

Most crowd-sourcing initiatives, including GWAP, work by decomposing one massive project into a very large number of simple tasks, which are then distributed among a very large population of participants. This general strategy has been used successfully, for example, to classify the morphologies of uncharted galaxies, to conduct comprehensive ecological censuses, and to organize knowledge around human gene function. However not every possible hard problem is either simple nor easily decomposable. Protein folding is a case in point.

A protein’s shape is determined by the precise way its constituent string of amino acids folds up. The three-dimensional structure specifies the function of a protein. Failure to fold into native structure usually produces inactive proteins, but in some instances misfolded proteins have modified or toxic functionality. Therefore, knowing how proteins will fold is key is to design new protein molecules that could help prevent or treat important diseases. Protein folding is fabulously difficult to predict because each protein can potentially adopt an astronomical number of different shapes. In theory, computers can run through every one, but that could take decades. Pure brute force is not yet an affordable solution.

The protein folding game Foldit shows that games are an effective way to recruit, engage and organize ordinary citizens to help solve difficult scientific problems. Foldit is developed by the Center for Game Science at University of Washington in collaboration with UW Department of Biochemistry. The creators of Foldit developed a qualitatively different type of crowdsourcing project(4). Players can twist, stretch, and rearrange protein backbones and side chains to find the most stable configurations. Those players who perform the best are allowed to graduate to tougher research challenges. The game is a mechanism to identify players with exceptional skills. One of the founders of the Foldit project, has a truly audacious ambition for their community of game players

Foldit then unleashed their army of folders on the task of solving the structure of the Mason-Pfizer monkey virus retroviral protease, a problem that was previously intractable to both computational and experimental methods. After 3 weeks of game play, the best solutions were screened and, remarkably, a solution to this previously unsolved structure was identified and subsequently validated. This achievement established Foldit as a legitimate resource for the structural biology community. (“Games with a scientific purpose“)

Foldit then tested the gamer community’s proficiency at actually designing protein folding algorithms. Foldit provides players with a script-building interface that they can use to design and execute their own folding ‘recipes’. Players working together with recipes have also developed protein-folding algorithms that virtually beat those created by experts.

After Foldit, other games are emerging to address similarly challenging biological problems. One obvious concern is whether new games can continue to build significant player communities as more are released. 300,000 Foldit players may seem like a lot, but Angry Birds has hundreds of millions of active users. Nobody expects science games to climb that high, but the numbers show there’s a massive pool of potential players to draw from.

Now it is your turn: Shall you play World of Warcraft or Foldit?