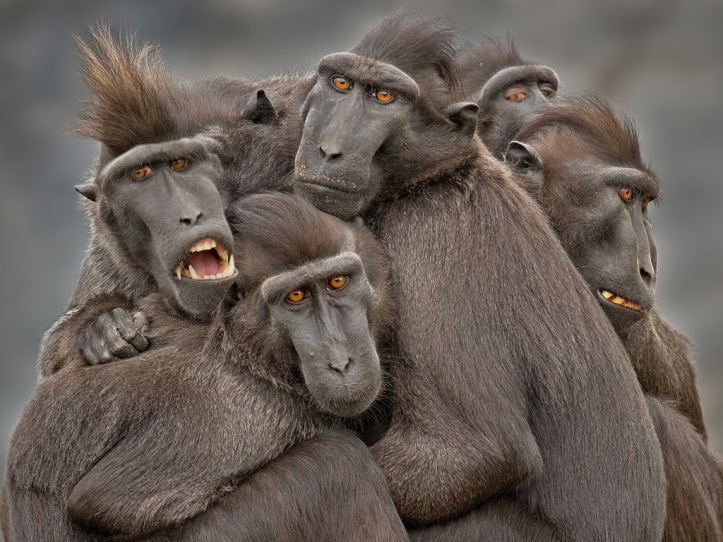 “See no evil, speak no evil, hear no evil”, The Three Wise Monkeys

Impressive photo, isn’t it? These monkeys seem between terrified and indifferent, as one who accepts his or her destiny with resignation.

The Sulawesi crested black macaques are the most endangered of the seven macaque species that live on the island of Sulawesi in Indonesia. The main threat to their survival is over-hunting for food. They are served up as a delicacy on special occasions such as weddings.

Featured Image: Sulawesi crested black macaques in Indonesia – one of the highlighted images in the Sony world photography awards, The Guardian Eyewitness